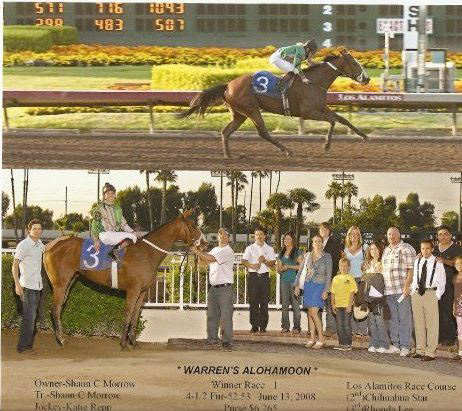 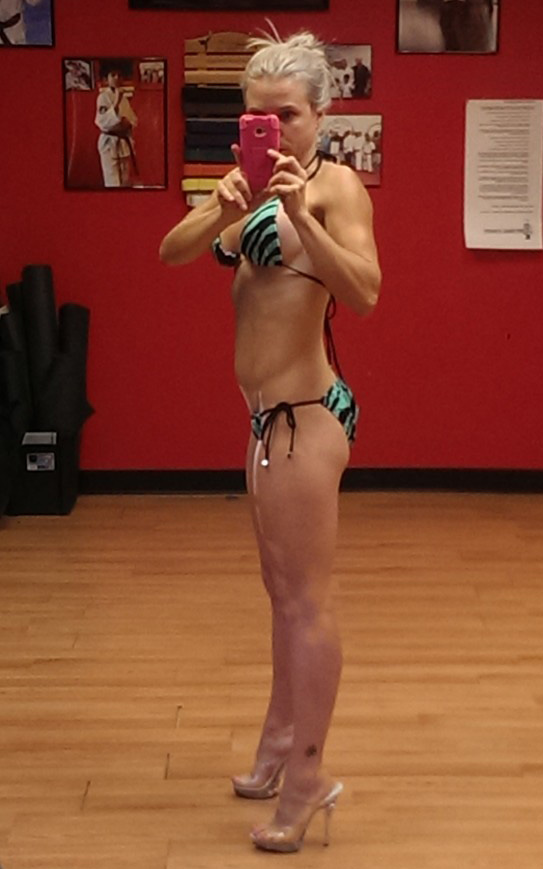 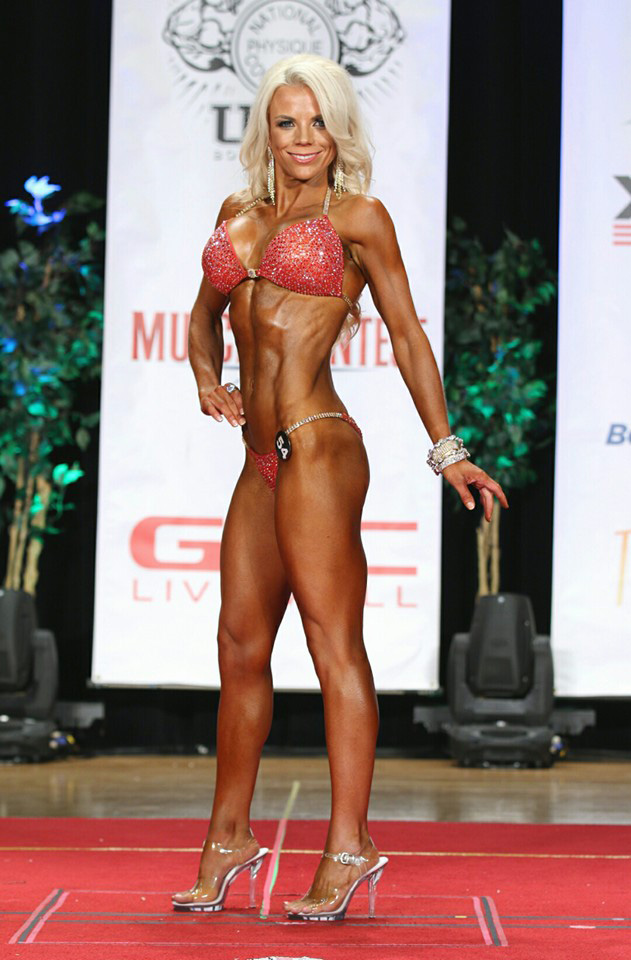 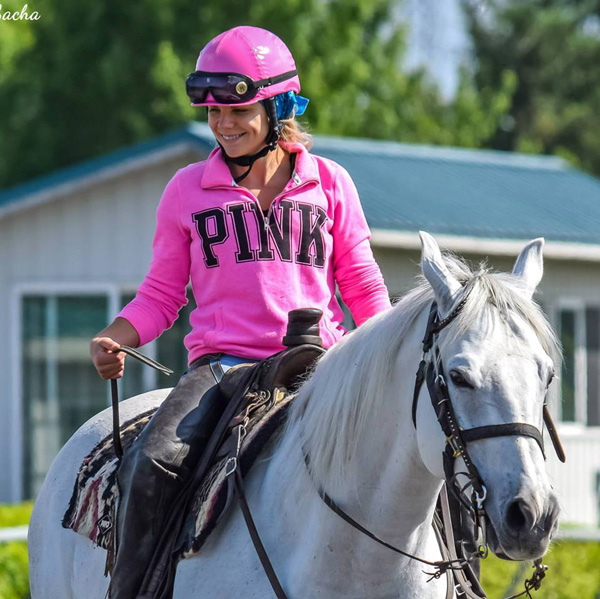 Katie Fales, who rode under the name of Katie Repp, did so from 2004 till 2014 and then decided to take some time off to do a figure/bikini contest which she just finished and also has plans to return to riding soon and this is her story:

FOTH: Now Kate this is our 2nd interview and you have been quite a busy person as you just finished doing a figure/bikini contest not too long ago. How did you finish in the event and is this something you will do again?

KF: I ended up 8th and 9th which was disappointing but it is how you figure it out and make progress. I have some things I'd like to change that will be easy-my suit, my hair, that kind of stuff and then I have some physical things I need to change. I am just a small framed girl so I need to add more muscle to my butt to be competitive in the bikini division. I plan on competing again, maybe something this fall.

KF: As a rider I always trained in the gym and would definitely say weight lifting is a passion of mine. Competing was just kind of a progression within that I guess. I didn't have anything to fuel my competitive side when I quit riding but the fitness shows have allowed me to fulfill that part of me.

FOTH: Now did you have a personal trainer through all this and what was the hardest overall thing that involved doing a contest like this?

KF: I do have a personal trainer. I've trainer with Josh Barnett for about four years now. He helped me rehab in 2014 after my broken back and then again coming off a broken pelvis. He just keeps me accountable and showing up when I'm tired. I'd say the hardest thing about it for me was the mental aspect post show. It is hard to throw in your all and come home empty handed but I tried to recycle that feeling and put it into making the necessary improvements.

FOTH: Now I know you have to have a pretty strict diet when you are doing a contest like you were doing. What sort of food diet were you on and after the contest did you go and pig out ?

KF: I ate a lot of chicken and green beans. Everything is measured to the gram. My body responds well to healthy fats though so I kept eating salmon all the way up to the show. I felt pretty lucky! After the show we stopped and had Chinese food and cupcakes. It was soooooo good!

FOTH: Now we will get back to racing for a bit? In 2005 you rode at Parx Racing (formerly Philadelphia Park). What are some memories you have from that time you rode at that track? Did you know that in that year you rode in 499 races?

KF: I had a great time back there. I regret my maturity level though. I had a bad week and talked my agent into packing up and going back to California. I was doing good at Philly and should have buckled down and stayed. But I guess we all make decisions, good and bad. I had a lot of opportunity to ride live, decent horses there which always makes riding more fun.

FOTH: Looking back do you think you did good as an apprentice rider?

KF: I am proud of my bug year. Again, I wish I would have just stayed put but I did get to see a lot of the country and have win pictures from all over. I had a great agent who got me on live horses all over and I'm thankful for that opportunity.

KF: No! I didn't know I'd be on the track for that long. I got very lucky and always made a living.

FOTH: Now you told me you want to start riding again this year (2016). Do you think it will be pretty easy to get back into race riding shape as opposed to be in figure/bikini shape?

KF: I'm in great shape so I can't think coming back would be terrible but I'm not 20 anymore and I have a lot of old injuries so that comes in to play getting race fit again.

FOTH: Now back to the figure/bikini contest. I usually ask what a jockey does during a typical day, but when you were getting ready for the contest, what was a typical day for you like?

KF: I get up about 4, eat breakfast and head to the gym. I'm there til about seven then I run home to get my son up and off to school. After that I go to the farm and ride my jumping horse. This last semester I had night classes which was a drag but I studied in the afternoon and went to school four nights a week.

FOTH: Between the 2 sports, what would you say is the biggest difference and funny question since I am nicknamed "footboy" is how in the heck do you manage do walk around in those high heels ha ha?

KF: Ha! Footboy huh! I invested in shoes with ankle straps so they would stay on. It took a lot of practice. Posing is something that is very important in the bikini division. There's a lot of hair tossing and smiling! It something I need to continue to work on. I'm kind of a cynical person by nature so being bubbly and flirty was always kind of a challenge. And I laugh as I even write that!

I guess the biggest difference in the sports is the lack of men. Bikini girls compete against girls. As riders we were competing in an all boys club so there's adjustment. Girls are kind of mean!

FOTH: Now do you feel you have a certain riding style?

KF: I was always good at getting horses to settle. I think a lot of girls are like that. We talk nice to them and let on them and some horses really appreciate that and run hard. Of course I also rode horses that didn't and they did need someone to really ride the run out of them. I didn't think I fit those as well. I liked letting them and calling them sugar!

FOTH: Do you feel that racetrack pretty much have to have casinos to survive these days?

KF: I do. It's been hard to watch the decline of the industry. There are so many Saturday afternoon activities; no one comes to the races anymore. People are always interested in talking about it when you mention you are involved but still it rarely goes anywhere from there anymore. The economy has really driven the little guys out of the sport and that is sad. The little guys really glue the industry together.

FOTH: Were you at all surprised we finally had a Triple Crown winner last year in American Pharaoh?

KF: I guess it was bound to happen eventually. It was so exciting to watch and it was excellent PR for the sport. We desperately needed a hero and to have everything go right. We all hold our breath every time those sort of horses leave the gate, hoping for clean trips.

FOTH: Now when you were doing this contest did you miss race riding a lot and do you have any idea how long you would like to ride for?

KF: I miss the track everyday. Mostly because I loved getting on a lot of horses. I'm not sure what the future holds but as long as I'm healthy I'd like to think I can always come back.

KF: Emerald Downs is a favorite. It's home. I had a good mare I rode named “kissin the boys goodbye”. She was a gutty little red mare who was owned and trained by the people I got my racetrack start for so winning on her meant a lot. We won several stakes together. It was a great run. I have fond memories of northern California tracks too. I spent a lot of time there and made friends that I'll have for a lifetime.

FOTH: Is there any other sports that you enjoy watching and what are some things you like to do in your spare time?

KF: Honestly I don't watch much at all and I'm not a big sports fan. My spare time is typically divided between my six year old son, the gym and my jumping horse.

FOTH: Now what is harder being a jockey or doing a figure/bikini contest?

KF: Being a jockey by far. I never worried about not coming home from the gym after a workout but the reality is, as a rider sometimes that happens.

FOTH; Do you feel over your career as a jockey you have been treated pretty fairly?

KF: For the most part I do. I worked hard and it paid off. When I had runs of bad luck, it wasn't any different from the ones everyone goes through. After all my injuries in 2014 it was difficult to come back and I probably have gone somewhere else but I wasn't in a spot where moving my son permanently to continue riding made a lot of sense.

FOTH: Kate good luck in anything you do and also thumbs up for doing this 2nd interview and any last words the floor is your

KF: No I just wanted to thank you for keeping in touch and wish all the girls still out there good luck!