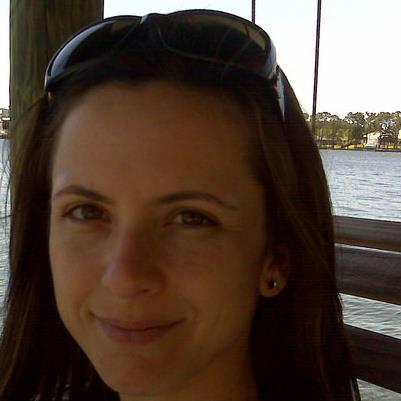 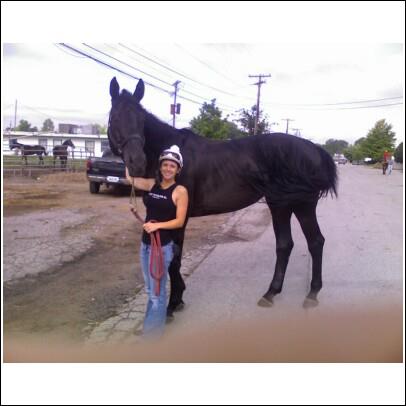 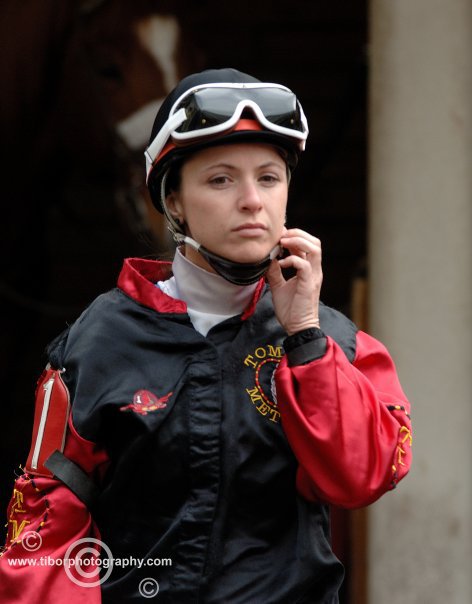 I knew Bacarra Pettis years ago when she was riding at Penn National and Philadelphia Park (now parx racing) and since her last interview is now an oldie I sent her off an interview to see what she has been up to and she is now a trainer and her name is Bacarra Pettis:

FOTH: So with the recent closure of Atlantic City Race Course, what are some memories you have of riding there and is the turf course that good?

BP: Well, I rode there as an apprentice. That's where I rode my very first turf race. But unfortunately I didn't get to ride there other than that.

FOTH: So what are you up to these days? If you’re still riding what track or tracks are you riding at and if you’re not what led to you retiring?

BP: I rode up until 2010. I was shipping in to the Louisiana tracks just for my dad and some other guys. Nothing to serious, I really just needed an excuse to go to NOLA for beignets!!!! I retired because my husband and I wanted to have another baby. Now, I am barrel racing again as I did when I was a kid. My daughter is 3 and she barrels races too. So I'm having a lot of fun!

FOTH: I knew you when you were riding at Penn National. What are some memories you had from riding there?

BP: I loved Penn National. I was treated so well there. I was riding primarily for Bruce Kravets. I won a lot of races there so; all my PN memories are great! I won my first race there as well as my first triple.

FOTH: I know a few years back you took some time off and had a baby and then came back to ride. Looking back, how hard was that for you and what was the hardest thing you had to go through when you came back to ride?

BP: My comeback was well received. I went Fairmount Park in Collinsville, Illinois. I had the best agent and rode some good horses. That is a super fun little place to ride. Good people.

FOTH: Do you feel you have/had a certain riding style and did you pretty much do whatever a train would tell you to do when getting ready to ride a race?

BP: Hmmm, my style, I kind of adapted to the horses as individuals. Super aggressive on 2 yr. olds. And you know as far as following a trainers instructions, you can plan on it but as soon as the gate opens everything can change quiet often. You know, the speed may stumble leaving, and you may find yourself in a different spot. So, from there you just have to make the best decisions on your own.

FOTH: Lots of tracks have casinos attached to them these days. Do you now think that for a racetrack to survive in this day and age that it needs a casino or no?

BP: I do think we need the casinos.

FOTH: If you were in charge of a racetrack what are some things you would do to try and attract some new fans to the sport?

BP: I would probably try and appeal to a younger crowd. Have some bands come in on weekends. Maybe have a petting zoo like they do in Texas for the kids.

FOTH: Do you think the sport will ever see a Triple Crown Winner? Do you think it is just too hard of a task to do winning 3 races like that in such a short time?

FOTH: Now being a jockey means that you have to be an early riser and getting to the track in the morning to breeze horses. Did having to get up in the morning bother you much or was it tough for you?

FOTH: Do you think jockeys as a whole, are under appreciated when it comes to sports athletes?

BP: I do! But at the same time, I think we aren't really exposed too much. I don't think folks outside the industry understand what it takes to be a jockey.

FOTH: What has been your favorite track to ride and why was it your favorite and did you ever have a track that you rode at that you didn't like much?

BP: My Favorite. I really liked GULFSTREAM. You are treated like a rockstar and the jocks room was great. I HATED Remington. Lol. I got zero respect there. I think they didn't really know me out there and there was a lot of "old timers" that only wanted male riders.

FOTH: Is there any other sports that you follow like football, baseball, etc. and if so what sports and what teams?

BP: I am a huge boxing fan! I like pro football. My future ex husband is Peyton Manning so....... I'm a Broncos fan lol.

FOTH: Tell me what it is like riding at Evangeline Downs and what are some cool things to do around that area?

BP: Riding at Evangeline, all I can say is be tied on when you leave the gate and be on a fast horse!! It can be a little rough at times.

FOTH: If some young girl wanted to become a jockey, what advice would you give her?

FOTH: When you were starting out, did anybody help you out as far as teaching you how to ride and if so who was that and what was some stuff that they taught you?

BP: Graham Motion was who made it happen for me. Ramon Dominguez was a big help to. We breezed a lot of horses together for Graham.

FOTH: What was/is the hardest thing about being a jockey?

BP: Probably the toughest thing for me was how people would criticize my riding because they'd lose money on a bet. Or another rider and agent would put me down to try and gain a horse that I rode. I am just not geared that way. If there was a horse I wanted to ride I would just let the trainer know and tell them if there were ever any changes made on the horse I would love the chance to ride. I never put people down. I was always just watching my horse.

FOTH: Do you have any few things that stick out in your mind when you think about your riding career?

BP: Shoulda woulda coulda? Lol. I wish I wouldn't have taken a break when I lost my bug. That hurt me.

FOTH: Do you think it takes a special person to be a jockey?

BP: You have to fearless. Compassionate, thick skinned. I guess it does take a special type.

FOTH: Daytime riding or nighttime riding or you liked both and did you have to do anything differently riding at night as opposed to day racing?

BP: I like daytime racing. You're not tired like night racing kinda messes up your whole day.

FOTH: If your little one wanted to become a jockey when he/she grows up what would you say to that?

BP: I would be supportive of that. It would scare me but like my parents, I would not get in her way.

FOTH: Bacarra, thanks for doing this interview. Any last words to wrap this up?

BP: Thank you for checking up on me!!