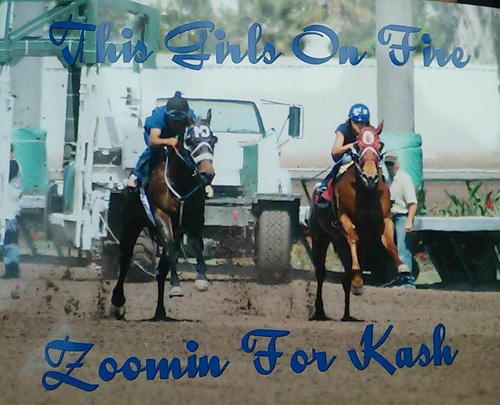 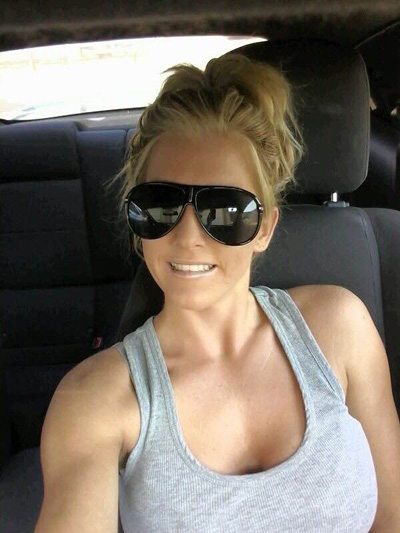 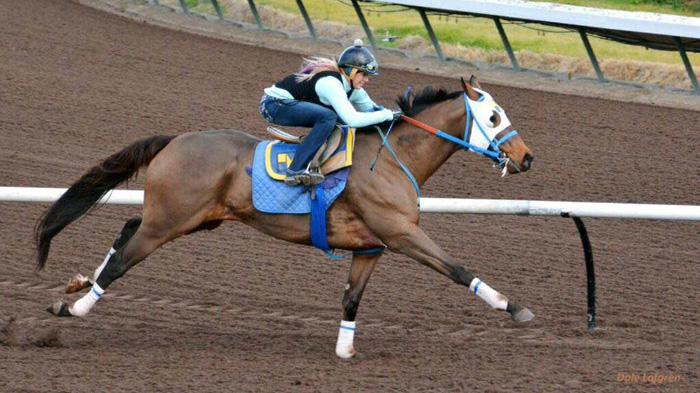 Cassidy Clerisse is a young jockey that is currently riding out on the west coast and I sent her some questions to answer and here is what she said to my questions:

CC: I was born in Los Alamitos, CA and spent most of my childhood in Riverside and then the high desert.

FOTH: What sort of girl were you growing up and do you come from a big or small family?

CC: I come from a small family and I was always athletic. I grew up on a ranch around horses and spent all my time outdoors.

FOTH: What did you want to be when you were growing up and were you sort of a tomboy like most other female jockeys I have interviewed?

CC: I always wanted to be a jockey like both of my parents and although I can be a tomboy, I’m also pretty girly.

FOTH: When did horse bug hit you and at what age did you decide you wanted to become a jockey? What were your feelings like the 1st time you saw a live horse race?

CC: My parents were jockeys so I have been around the racetrack all my life. I knew from an early age I would be involved with racehorses and I admired their athleticism.

FOTH: So what was your 1st job at a racetrack and what track was that at?

CC: My first job was galloping horses as an exercise rider at Los Alamitos.

FOTH: When did you begin to exercise horses and how long did you do that before you became a jockey?

CC: I was 18 when I started galloping and did that for 2 ½ years before I got my jockey’s license.

FOTH: Did anybody teach you how to ride and stuff and what has been the best piece of advice you have been given so far in your involvement in the sport?

CC: My parents, and my grandpa are a big influence on my riding and I was told early to trust myself, have confidence and ignore any negativity.

FOTH: So now looking back what has been the hardest part about being a jockey?

CC: The most challenging part of being a jockey are the ups and downs that come with the sport.

FOTH: So what were the steps you had to go through to become a jockey? How happy were you to finally have a jockey license in your hand?

CC: To become a jockey, I got my exercise license, galloped and worked a variety of horses, and then applied and was granted my jockey license.

FOTH: What did your parents think when you told them you wanted to become a jockey and have they seen you ride yet?

CC: They were both supportive and they have both been to see me ride. Lately, I rode one of my dad’s first time starters and ran a good second so he was very proud!

FOTH: Tell me about your 1st race. Where was it at and how nervous were you in the jock’s room? Where did you finish in the race and what was going through your mind after the race?

CC: My first race was at Los Alamitos and although I was nervous in the jock’s room, the nerves went away as soon as I got on the horse. I didn’t hit the board and all I could think was “the dirt hurts!!!”

FOTH: Tell me about your 1st win. What track was that at? Did you win by a little or a lot? What was it like jogging the horse back to the winner’s circle?

CC: My first win was an 870yd race at Los Alamitos on a mare named Tricky Liz, 7 days after I rode my first race and I won by a couple lengths. I was very excited!

FOTH: Did the jockey’s get you good after the race and did you know it was coming?

CC: My initiation at Los Alamitos was a dousing with cold water, and my win at Del Mar was worse…eggs, dirty water and more of it.

FOTH: Has being a jockey been what you thought it was going to be?

CC: Overall it has been what I expected as I was exposed to the sport at a young age.

FOTH: I know you started riding races in 2015, do you have any idea how long you would like to ride for?

CC: I would like to keep racing as of now, and in the near future, who knows what’s in store for me.

FOTH: I know as I type this out you are riding quarter horse races at Los Alamitos. What is that track like for someone who has never been there? Does riding in quarter horses races scare you at all?

CC: The track is easily accessible and I think the quarter horse races are more exciting because of their power and speed from the gate.

FOTH: Take me through what a typical day is like for you?

CC: I get up, go to the track, gallop and work some horses then come home and take care of things before returning to the track for the night races.

FOTH: What are some of the things you like to do when you are not doing racing related things?

CC: I enjoy trail rides in the riverbed and spending time with friends.

CC: I would tell her to do whatever she loves and is passionate about.

FOTH: Do you ever have any problems with your weight?

CC: Fortunately, I do not.

FOTH: Any funny jockey stories you care to share?

CC: When a jockey wins their first race, it’s always fun to watch and be involved in the initiation.

FOTH: Cassidy I am all out of questions. Thumbs up for doing this interview and any last words to wrap this up?

CC: Thank you for the opportunity and the interview.