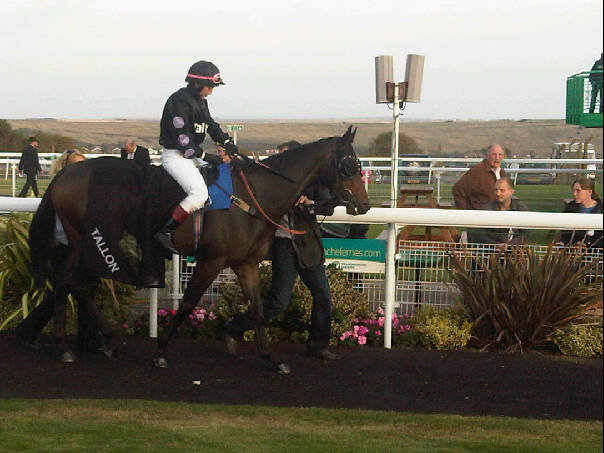 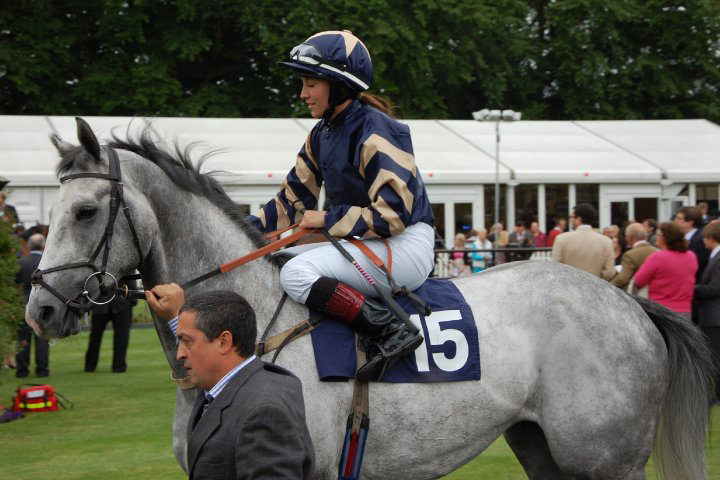 Caroline Kelly is an overseas that I got in touch with recently and I asked her if she would be interested in being interviewed and she said yes and I emailed her some questions and here is what she said to them:


CK: I was born in Italy as my mother is Italian. We lived there till I was a year old and then moved to England. I grew up in surrey in a town called Surbiton which is where I lived till I was 15.


FOTH: Did you come from a big or small family?


CK: My family is very little I have one older sister and just my mother and father.


FOTH: What sort of girl were you growing up and did any sports interest you at all?


CK: I was a very quiet girl and used to keep myself to myself, I always loved horses but I never was allowed one. I did a bit of show jumping on my friends ponies and I also liked netball.


FOTH: At what age did you see your first horse race and what did you think of it?


CK: I can’t really remember what age I first saw my first race but I always thought it looked so much fun.


FOTH: When did you get the idea that maybe you might want to be a jockey? Did you work at any racetracks before you began riding?


CK: I never worked at a racetrack before I began riding, when I finished school I was torn between studying law or going to the British Racing School I choose racing because I love being outdoors and it was my hobby. horses are my passion.


FOTH: Is there many racetracks around where you live?


CK: I live in Lambourn and there’s loads of racetracks nearby the nearest one to us is Newbury which is about 15 mins away.


FOTH: When you really thought about becoming a jockey who helped teach you how to ride and stuff and how natural was it for you getting up on horses?

CK: it was pretty easy learning because I had a good help and still do from jockeys (Jack Doyle, Jimmy McCarthy) they both ride over jumps and my boss Jamie Osborne who is and ex-champion jump jockey. A lot of help came from a flat jockey called Sophie Doyle who is also a great friend of mine


CK: It was probably just as hard as i thought it was going to be and still is but I’m still trying and have just re issued my license as I’ve had nearly a year off I should have a comeback ride in the next few weeks


FOTH: How long have you been riding now and what tracks have you rode at so far?


FOTH: Is there a lot of female jockeys where you ride at or is it mostly male jocks? What is the riding weight over there?


CK: Mostly male jockeys but a few more girls have started giving it a go now us girls like to stick together the weight isn’t bad over here I like to stay round about 7stone 10 pounds


CK: Not as yet but I feel I get more of a style the more rides I have


FOTH: Would you like to come to the US to ride someday?


CK: I’d love to come to the US. I’ve been to Australia but us is on the list of must do's


FOTH: How long would you like to ride for and does the fear of injury ever go through your mind?


CK: Injury does not really affect me I seem to forget about the dangers whilst I’m riding, and hopefully like to ride for many years to come


FOTH: What do you like to do when you’re not doing horse related things?


CK: I love shopping and getting my hair and nails done. I’m a girly girl when I am not riding :)


FOTH: Does the weather ever bother you when you’re riding at all?


CK: Yes when it rains I do moan a lot and when it’s cold but it’s all part of the sport.


FOTH: What is the funniest thing you saw at a racetrack or during a race?


CK: The funniest thing I saw at a racetrack was a horse that refused to race so the stable lad who led it up jumped on it and galloped the horse down the track imitating the jockeys (he got in a lot of trouble for that)


FOTH: What is the best and worst thing about being a jockey?


CK: The best thing is the buzz off doing well and seeing the owners so happy and the worst is messing up on a horse or an injury to the horse


FOTH: Caroline thumbs up for the interview any last words to wrap this up?


CK: Thank you for including me in this and hopefully I make a name for myself and more trainers give me a chance.