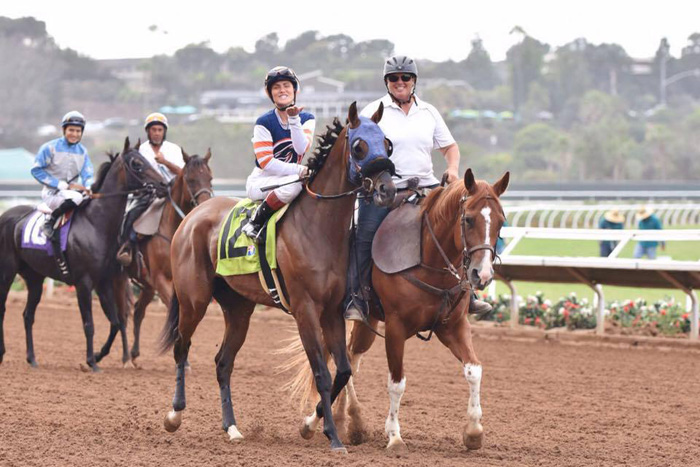 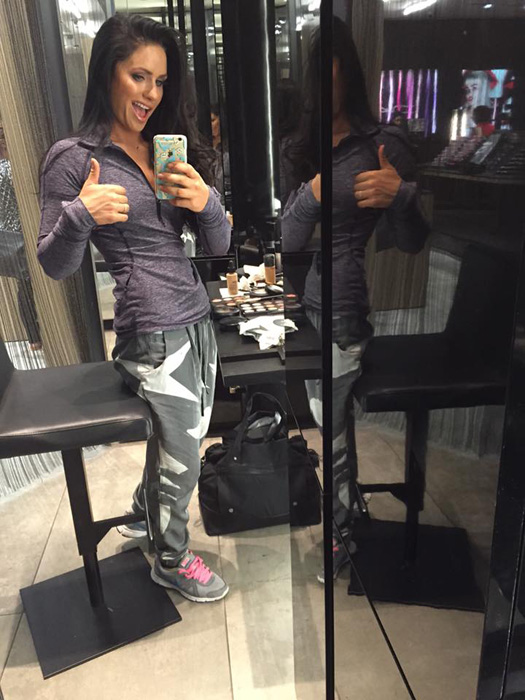 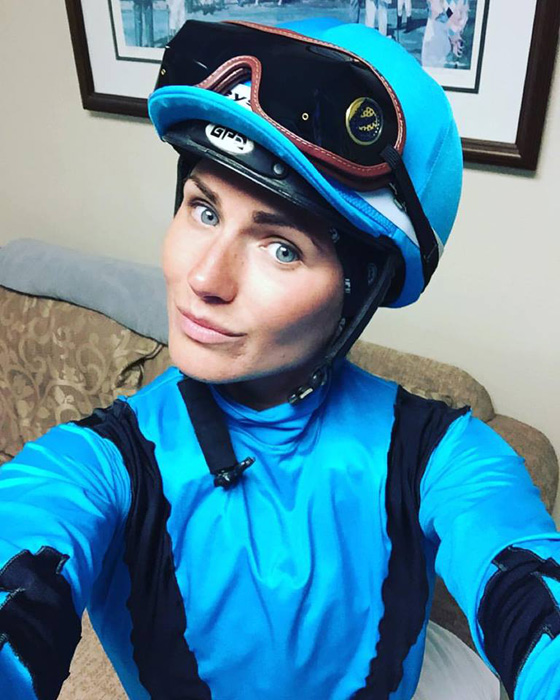 Geena Lattanzio is a young jockey currently riding out in the mid-west and I sent her some questions and here is what she said to them:

Geena: I was born in Hartford, Ct, but my parents had a 20 ac farm in Windham, Ct where I grew up.

Geena:  It was a toss-up either a trainer/Grand Prix show jumper or a pilot. No it's quite a small family I have one younger brother who is my best friend he calls me his "little big sister".

Geena: I started galloping at the age of 16. I had OTTB growing up but they were my show jumpers.

Geena: No, I was on the road a lot competing along the east coast show jumping. I never had time for a lot of friends. But I did have one best friend growing up who rode horses Aidan Weeks she's now a teacher in Ct we still stay in contact. I love her.

Geena: My first real job was at Keeneland riding for trainer Kellyn Gorder. I was so fortunate Gorder took me under his wing he gave me a great foundation for the racing world. He started prepping me to be a jockey before the thought ever entered into my mind. I will never forget the first 3/8 I went; it was on a horse called Rule who ended up ranked 59th in the country in 2009.

I'll also never forget the first 3 years I worked for Gorder I rode Supersaver, Endorsement and Drosselmeyer just to name a few.  I was a very lucky girl to ride a bunch of class horses!

Geena: I moved to KY at 15 and I felt so out of place but it opened my eyes to the world of horse racing. The week I received my license I went to the racetrack and got a job riding. At that moment in my life I found my home. The thought of becoming a jockey didn't enter my mind until I was 19 the trainer I was working for said you know you could be a jockey. After he said that I never stopped thinking about it and from that day forward I worked for it.

Geena: My mother is a well accomplished rider in Ct. My father was responsible for buying me my first pony for my 8th birthday and my mother taught me how to ride. It felt more natural than walking. It still does.

Geena: I galloped and was a "work rider" for 6/7 years before I took out my license. I wanted to make sure I was ready. I knew being a jock was a very demanding job and I wanted to educate myself like going to college"" before entering the jockey colony.

Geena: I thought "ok now I need a horse".

Geena: Well my father was a fighter pilot in Vietnam and I am my father's daughter. He knew if I wasn't going to race thoroughbreds I'd be Air racing planes or show jumping over 5" courses. So I think he was relieved I wanted to keep my feet closer to the ground. I have an appetite for challenging myself to higher levels.

Geena: I honestly don't have an answer for that question. All the hard work I have put in to get where I am today it never felt like work. I love what I do with all my heart everything feels so natural to me.  Thoroughbred racing is my passion.

Geena: My first race was at Churchill downs on a filly named Sister Sunshine and we trailed the field   It all went so slow. Everyone keeled telling me it's going to go so fast you won't know what happened.  But I can tell you step for step....I broke out slow and dropped her in to save ground when I hit the 3/8 I got down and rode a bit. I wasn't nervous at all I was so happy to finally be out in the afternoons.

Geena: My first win was at Indiana Grand on a horse named Voter. It was going over a mile we broke good dropped in behind horses and started making up ground at the 1/2 mile pole and when we got to the beginning of the lane the 3 and the 7 were battling it out and we snuck up the rail. I will never forget Ocampo who was on the 7 faces. He said later "where did you come from".  It was a great feeling but jogging back I didn't know if I won the race because Pusac was on the outside so I knew it was a close one. But then I came around the turn and saw the tote board was official.

FOTH: What track are you riding at these days and tell me a bit about it and are there any other female jockeys riding there?

Geena: As of right now I'm riding mainly at Indiana Grand I really like the track and horses here and it's such a central track that horses ship in from IL, KY etc. So I get opportunities not only to ride for Indiana trainers but trainers all over. So it's a great starting place for me I believe. Yes there are a few female jocks here

FOTH: Do you follow any other sports and what are some things you like to do when you’re not doing horse related things?

Geena: I love all sport I'm from New England so I am a huge Patriots fan. I was at Arlington working horses for trainer Liane Davis and Mike Stidham and was able to get tickets to a Cubs game at Wrigley field that was fun! I love running and working out...So that's what I do in my spare time. I take my Doberman on 3 mile jogs then hit the gym. Other than that my life is 98% horse related.

Geena:  Alarm goes off at 5:00 I'm usually on my first horse by 6:00am or walking around seeing everyone checking if they need help. On race days I go to the jocks room around 11:30 and I like to warm up before the races. So you can always find me running 3 to 6 miles on the Indiana Grand turf course then I do some muscle strengthening reps and stretch. I'm in the room by 1:00pm I like to relax in the sauna for 15 min. Then I shower and go over my races again that I'm riding that day.

On none race days I'm finished at the track around 9:00am. I go home take Bishop my Doberman out for his run then I go to the gym and watch races.

FOTH: What has been the best piece of advice given to you?

Geena: This is a hard one! I have been extremely lucky and have had so many top class riders and trainers help me and keep on me about my riding.  But I'll never forget what Wayne Catalano said to me one morning he said "ride your own race" meaning keep your head down work hard and don't worry about anyone but yourself.  I loved that and I live by it the more you worry about what others are doing that's less you focus on your goals.

FOTH: If some young girl came up to you and said she wanted to become a jockey, what would you tell her?

Geena: I tell anyone  "you can be anything you want". Just work for it

FOTH: Do you think so far you have been treated pretty fairly as a jockey?

FOTH: Do you think you will still be riding in 5 years?

Geena: If the good lord allows me to I will be riding as long as I can.

FOTH: Any last words to wrap this up thumbs up for the interview?

Geena: Thank you so much for this interview. I would like to say being a jockey is a very demanding job there is no question about that male or female. But with saying that I also have to tell you.

"I never have to work a day in my life." I love what I do and wouldn't trade it for anything in the world. Thoroughbreds have imprinted my heart since I was 10 years old.