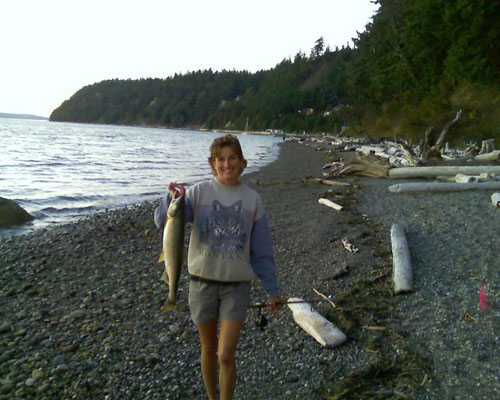 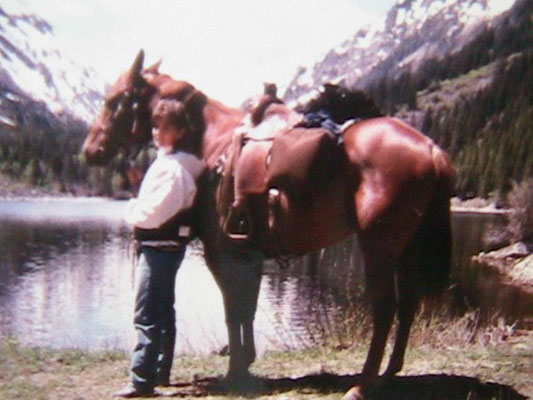 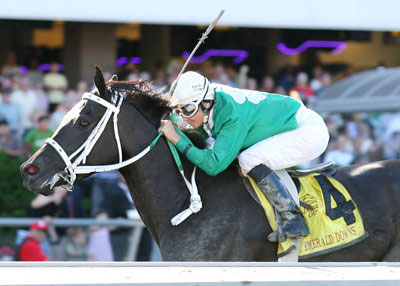 I recently got in touch with retired jockey Sandi Gann and emailed her some questions for an interview and here is what she said to them:

SG: Born in Astoria, OR and grew up in western Montana.

FOTH: Did you come from a big family or a small family?

SG: All tomboy. A daddy’s girl

FOTH: Did you have a love for horses or animals in general or did that come about later on in life?

SG: Had a love for animals and grew up with horses and a passion for them.

FOTH: When you were growing up what did you want to be when you grew up?

SG: I would have like to be an Olympic equestrian.

FOTH: Where you grew up at, were there any local racetracks that you went to and what was it like seeing your first live horse race is?

SG: It was a small town with just a little fair meet over Labor Day weekend. I was never around the track or racehorses until after high school.

FOTH: So tell me what event or events led to you becoming a jockey? Also how long did you gallop horses before becoming an actual jockey?

SG: I was out of high school a couple years and was tending bar. I just wanted to be on horseback and make a living riding horses and was offered a job riding quarter horses. I hadn't galloped a hundred head before I rode my first race. I had no idea what I was doing.

FOTH: When you were learning how to ride and stuff, did you have many people give you any advice and what was the best advice anybody ever gave you?

SG: I had a lot of mentors, riders, ex riders, gate crew, and gallop boys. I learned things from all of them. Veteran Agent Ivan Puchich probably helped me the most.

FOTH: So when you finally got your jockey license what was the feeling and looking back was becoming a jockey easier or harder than you thought it was going to be?

SG: I jumped in with both feet before I realized what I was really doing. It wasn't something I set out to do so I didn't have any expectations.

FOTH: What was the first place you rode at and were you nervous at all before the race and what do you remember about it?

SG: It was in Helena MT. OH yes. I was nervous. I was so inexperienced; the pony girl was telling me how to take a cross to leave the gate on the way there.

FOTH: Tell me what you remember about your 1st win and did the jockeys get you good after the race and did you know that was coming?

SG: I won the first race I rode but was disqualified. I didn't know enough to know if it was justified or not. There was a lot of controversy over it. I wish I could review it now.

FOTH: Did you ever get to get a jockey back after he/she won their first race and what did you use on him/her?

FOTH: What tracks have you rode at and what was your least favorite and favorite and is there any place you never got to ride yet that you would love to try and ride at one day?

SG: I have ridden most of the California tracks, all the bush tracks in MT and Wyoming. Turf Paradise mostly. Woodlands and Aksarben. My favorite is the late Longacres Racetrack.

FOTH: What injuries have you had and what was the worst one to come back from?

SG: Too many to count but the worst ones were when I broke my neck. And the other was when I fractured my hip which eventually led to me having to retire.

FOTH: What is the best part of being a jockey?

SG: NO, I was lucky that way

FOTH: Tell me any funny jockey stories you care to share with my readers?

SG: I can't think of anything really funny. Well except for riding the ostriches. that was soooo much fun.

FOTH: If you had the power, what are a few things you would change about the sport?

SG: Stricter medication rules and enforcement. More consistency with the Board of Stewards.

SG: Work hard, be sure that is what you want and go for it.

SG: Leading rider title at Turf Paradise in 1992 and winning a Gold Cup Race at Hollywood Park on Black Bart.

FOTH: Do you think there will ever be another Triple Crown horse or do you think it is just too hard a thing to do nowadays?

SG: Yes, I believe there will be one someday. It has been extremely close a number of times.

FOTH: How did you prepare for a race, do you mostly listen to what a trainer tells ya or does looking at the program/form help you out as well?

SG: I would look at the racing form. I didn't study it too hard. It was better to not get any instructions from a trainer. The race never seemed to come up the way it was suppose to and all that would do would screw things up. It was best if they let me ride my race accordingly. It was helpful if they told me something about the horse that might help but not how to ride the race.

FOTH: Being a jockey, can you tell if a jockey gives a horse a bad ride?

SG: Got a pretty good idea!

FOTH: Sandi, I am out of questions. Thumbs up for the interview. Any last word the floor is yours.

SG: I can't think of anything. Have a good one.