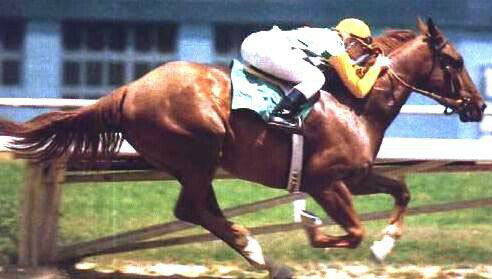 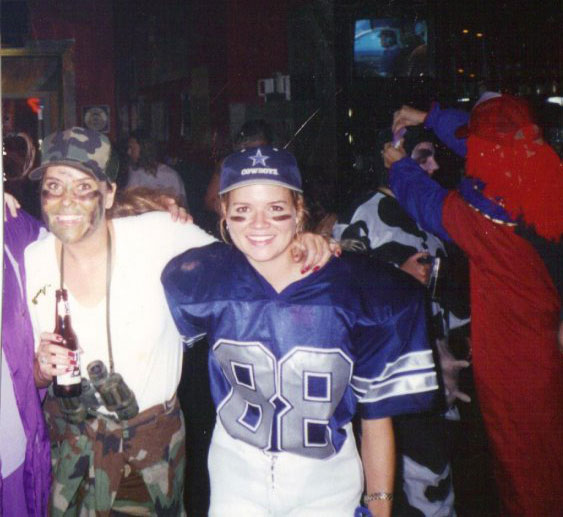 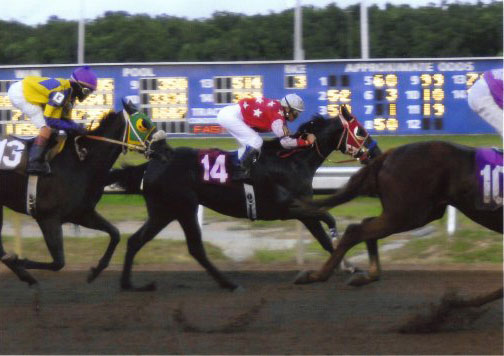 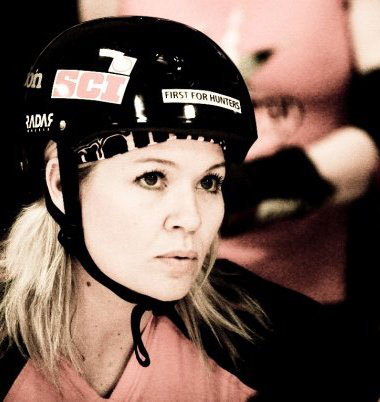 Stacey Swayze is a jockey that has been riding for over 23 years and she stopped in 2009 and is now back and making a comeback to ride again. I sent her some questions to answer and here is what she said to them:


SS: San Antonio Texas. I grew up in South Texas


SS: Very small for my age and always riding horses. I was most comfortable horseback, other than that I was really shy. When I was riding was the only time I wasn't shy and had unlimited confidence.


SS: My mother broke and trained show horses so she started me riding so early that I don't remember not knowing how to ride. I wanted to be a jockey for as long as I can remember. I even told my algebra teacher I didn't need algebra I was going to be a jockey so I only needed to know how to count money. I saw her after I had been riding a few years and it was great when I got to tell her I was a jockey.


SS: I went to local farms trying to get a job riding and was turned down quite a bit because they told me that girls weren't jockeys. I kept coming back day after day until I finally got lucky because the rider who usually worked for them got drunk and didn't show up. Once they saw I could handle a horse I got to ride but he paid me less because he said having a girl work for him was embarrassing. At that point I didn't care because I got my start. I took the abuse and knew that with every horse I rode I learned more and got better. I had to learn about how to hold the reins and everything else I needed to learn by watching other riders. Unfortunately at that time no one wanted to help me or teach me the basics at all. Gambling wasn't legal in Texas at the time so I rode match races on the Mexican border. There was a small track in Goliad that I got to ride at which was a bush track. There was not an area for women in the room so I got to change in the bathroom under the grandstands. When they gave me my license I was told if I made one single mistake I would never ride again. I didn't make a mistake and won the third race I rode. The horses I started on were quarter horses. My first job at a track was a jockey.


SS: I don't remember not knowing how to ride because my mom taught me so young.


SS: I didn't really look at it in terms of hard or easy because in my mind it was going to happen no matter what.


FOTH: What was the feeling like when you finally had your jockey license in your hand?


SS: La Bahia downs in Goliad Texas. It was a quarter horse race and I was really calm and focused because I had pictured it in my mind so many times. I ran third but I won the third race I rode that day. The only reason I got to ride at all was because the man whose farm I rode at had a reputation for having rank horses and the jockeys had decided not to ride his horses anymore. I was there that day so I got my chance. I rode his horses all the time and they were semi- broke and a couple of them were really bad but I wanted my chance so I took it. Unfortunately when you start out you don't have the luxury of being choosy.


SS: My first win was on a fat quarter horse mare named she's a stingin' bee. It was the third race. The jockeys didn't mess with me. I think it was because there were no other women and they weren't sure how to treat me. It was that way for quite a few years.


FOTH: Have you ever had the chance to return the favor to another jockey who got their 1st win?


SS: The guys usually drug them off and got to them first.


SS: 7 shoulder surgeries, broken almost every bone except my back. Broken neck in 2001.


SS: Best thing is being the first hoof prints on the track in the morning and the smell if the dirt and horse sweat. The sound of hoofbeats on the ground and the powerful feeling the moment you let your horse stretch out and run a little. The feeling of being on the edge of out of control.


FOTH: Take me through what you go through in a typical day?


SS: I love to ride so much I still wake up before my alarm. I throw on my clothes, grab a Dr. Pepper and head to the barn. I usually stay so busy I am riding till the track closes; I grab something to eat and got to the draw. After that I take a nap. I get up and run a couple of miles and head to the room if I have mounts that day.


SS: I grew up with horses so I try to let them show me where they are comfortable on the track and some horses do better without excessive use of the stick. I consider my riding style horse friendly because I do love horses.


SS: If it is something you love with all your heart and won't let a few no's stop you then go for it. It is a tough industry. It has changed dramatically since I started 24 years ago but there still are some people that don't want women jockeys riding.


SS: I'll just give a piece of advice instead. Don't play cards with the jockeys in Louisiana.


FOTH: You have been out of action since 2009 and are now making a comeback. Has it been extra hard on you trying to get back in race riding shape and stuff?


SS: The older I get the harder it is as far as pain but I have been in shape most of my life so I guess I have good muscle memory. The first few weeks back on horseback you get so sore you want to cry but it doesn't last.


SS: I have never had problems with weight. When I come back from an injury I am a few pounds heavier but never too heavy to ride. I did have a problem in the summer in Louisiana with losing too much weight. I was really fortunate to not have weight problems


SS: I think there are horses that are talented enough but there are so many other factors in horse racing. I think we will.


SS: I am a creature of habit. I try to treat it like anyone else would treat any other job. I have a job to do so I think about the best way to approach it and get it done.


SS: If you ever quit learning and improving you need to do something else. Horses always have something to teach us and a good rider is also a good student.


SS: Yes. I also did some modeling and that got me recognized too.


FOTH: Do you think slot machines at racetracks help or hurts tracks in the long run?


SS: I think anything that brings people to the track is good for horse racing.


FOTH: Stacey I am out of questions. Thumbs up for the interview and any last words


SS: Just if there is anyone thinking about riding and need any questions answered feel free to email me. Thanks


If you want to email Stacey send it to me and I'll forward it to her.