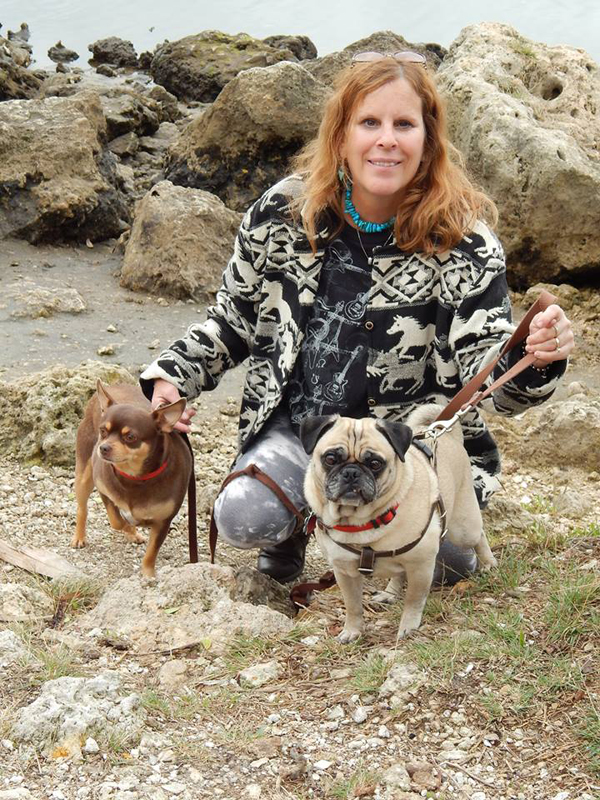 Tina Frasier Lowry (now tina winkler) is a retired jockey who rode from 1984 to 1989 who comes from a family that is all involved in racing and here is her story:

TW: I was born in Colorado Springs, Colo. and I grew up in Tucson Arizona and Phoenix AZ.

TW: I loved the outdoors and riding my horses and I wanted to be a jockey.

FOTH: Were you always into horses or did that come at a later time in life?

TW: I was always into horses, my dad trained thoroughbreds.

FOTH: What were you thoughts on horses and horse racing when you saw your 1st live horse race?

TW: My thoughts were this is the best thing ever and it made me so excited.

FOTH: So how did you get involved in horse racing and what was your 1st job on a racetrack or farm? At this point did you know you wanted to become a jockey or did that come later on?

TW: Well I grew up riding ever since I can remember. My first job working with horses before the race track was taking care of four thoroughbreds for Mr. Corbin in Tuscon AZ this was at our farm. I would feed them and clean stalls before and after school. Mr. Corbin paid me $20 a week. I was in seventh grade at the time and yes I knew that I wanted to be a jockey.

FOTH: So what was it like for you getting up on a horse for the 1st time and did it feel natural for you?

TW: This is really a great memory for me because I remember it as plain as day. My dad put me on “Big Ben” with no saddle just a bridle and he was leading me around the barn and I told him "open the gate dad” and he said were are you going to go and I said to the mountains, he laughed and said I think you should ride Ben for a while first. I was four years old, so that's the horse I learned to ride on, I would have to climb upon the fence just to put the bridle on him and to get on him, I give my dad so much credit for helping me realize from an early age on that I could do anything that I put my mind to.

FOTH: Did you have anybody teach you how to ride and what was the hardest thing about becoming a jockey and once you became one and rode in a few races? Was it like you thought it was going to be?

TW: Well both my brothers were Jockeys so I learned a lot from them, and the hardest thing about becoming a jockey for me was in a sense I was too small I only weighed 95lbs so to get fit and stay fit was really hard. Galloping and working horses in the morning are so different than race riding you have to be fit on a whole other level to race ride. I will never forget my first race it was the best feeling ever.

FOTH: What was it like having your jockey license in your hands?

TW: Words can’t describe it. I felt so happy and privileged to be a jockey because I knew how long and how hard I worked to get to this point.

FOTH: Tell me about your 1st race and what you remember about it. What track was it at and were you nervous and where did you finish in the race?

TW: My first race was at Turf Paradise I was riding a filly named “The Plot Thickens” for Melonie Mc Donald and my sister Jodie was ponying me to the gates. I was in post position # 1 so I was a little nervous and excited to say the least. I finished 7th out of a 10 horse field.

FOTH: Tell me about your 1st win. What track was that at and did you win by a lot or was it in a photo? What was it like jogging the horse back to the winner's circle?

TW: My first win was at Wyoming Downs riding "Azucountit" and we won by a half-length. This race meant so much to me because this was a very special horse, I galloped him for almost five years for Melonie Mc Donald at Turf Paradise and never got to ride him in a race until 1989 at Wyoming Downs and my husband Glenn Lowry, who also was a jockey placed second to me. Not to mention this was my first win so it was truly amazing and a feeling I will never forget.

FOTH: Did the jockeys get you good after the race and did you know it was coming? Did you ever get to return the favor to another jockey while you were riding?

TW: They were all so happy for me and yes I knew they would do something. I got a bucket of ice water poured over me.

FOTH: What tracks did you ride at during your career and did you have a favorite?

TW: Well I galloped horses from the west coast to the east coast. As far as riding races, I loved Wyoming Downs and Turf Paradise.

FOTH: How long did you end up riding for and what led to you retiring? How was it winning your last race as a jockey and did you know before that race that was going to be your last race ever?

TW: I rode races for five years and I won the last race I rode on a filly named “Miss Beau Jane”. I did know that this was going to be my last race, so I'm very grateful that I won.

FOTH: Looking back do you feel you were treated pretty fairly as a jockey or do you think you had to work that much harder due to being a female in the sport?

TW: Oh for sure it was harder being a female jockey on a lot of levels.

FOTH: Did you suffer any injuries while you were riding and what was the worst one?

TW: Actually I got hurt more times in the morning riding than in racing. The worst injury was to my back, I chipped vertebrae and that really hurt plus had my front tooth broke in half.

FOTH: When you retired did you miss riding much as first or in your mind and heart you knew it was time to hang up your riding boots? Now you told me you were an ex-rider from 1989 till 2001. Did you ever have the urge to ride races while doing that and were you ever asked to do one of these retired jockey races that pop up from time to time?

TW: I knew it was time to retire from race riding however I did miss it. I did continue to gallop horses until 2001. I was never asked to do a retired jockey race.

FOTH: Do you still follow the sport at all and do you see the sport ever having a Triple Crown winner someday?

TW: Yes I still follow horse racing, my sister owns a thoroughbred that races in Florida. I can only hope that there will be a Triple Crown Winner someday.

FOTH: What are 3 favorite memories you have as a jockey that you will remember for a long time to come?

TW: Well of course my first race and my first win plus getting to ride races with my husband was great.

TW: Put the time and effort into it, and get all the experience you can. Learn from the ground up helps you be more rounded and have a broader knowledge of racing. Plus if you want to ride bad enough you can achieve your goal, be willing to work hard and be able to take rejection.

FOTH: Just recently we have has 3 jockeys lose their lives on the racetrack. Do you think there is anything the sport can do to try and change this like I have heard they should try and raise the age limit to ride to 18 years old? Do you think that is something that should at least be considered?

TW: I think the sport has come a long way, when I rode races in the 80s we did not have flack jackets to wear, so that has been a plus for jockeys and as far as the age limit, I don't think raising it to 18 will matter, racing will always have its risks and jockeys know this.

FOTH: Was there a lot of other female jockeys at the tracks that you rode at in your career?

TW: No I wouldn't say that there were a lot.

FOTH: If you had the power what are some things you would change about the sport?

TW: That's a good question. Over all the years I rode I look back and think about a lot of things. I think there's a lot of trainers that should not be training race horses and that's about all I'm going to say.

FOTH: When I say the words horse racing, what pops into your head?

TW: Beautiful thoroughbreds that love to run and how awesome it is to ride them.

FOTH: Tina I am out of questions. Thumbs up for the interview and any last words to wrap this up?

TW: No just thank you for including me in on your website.