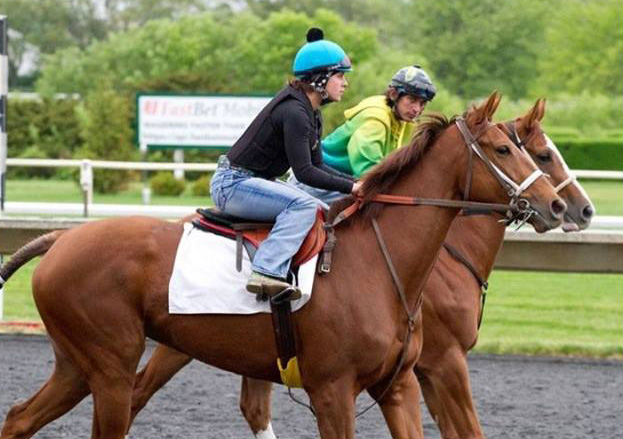 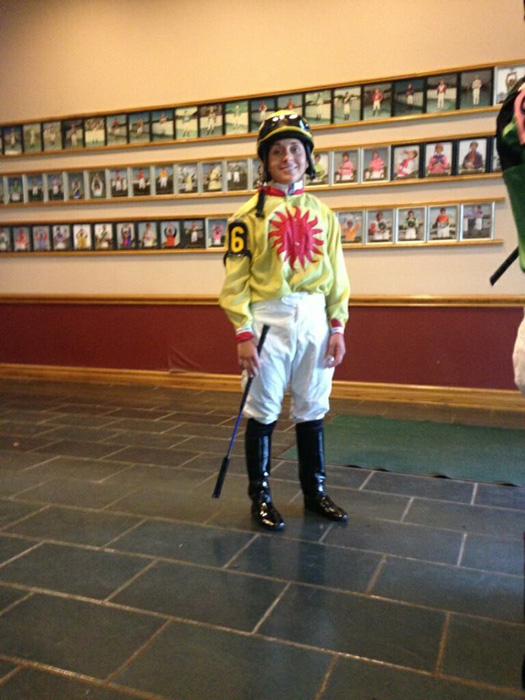 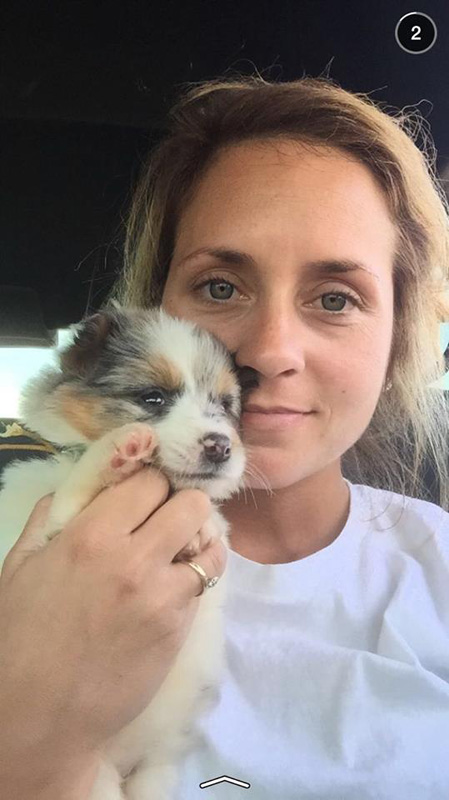 Maria Thornton is currently riding at Oaklawn Park and I sent her some questions to answer and here is what she said to them:

FOTH: What sort of kid were you growing up and were you a tomboy like many of the other female riders I have interviewed over the years?

MT: Very much a tomboy grew up with 3 older brothers

FOTH: When did you discover a love for horses and what did you think of horse racing the 1st time you saw a live horse race? Did you think it was cool that your brother was a jockey?

MT: Before I could even talk my entire family are horse people. I was really young not sure how old. Yes I thought so I wasn't too interested in it cause I rodeoed so I was more in to that but thought he was awesome I was and still am his biggest FAN!

FOTH: At what point in your life did the idea of becoming a jockey hit you and what did your parents think when you told them you wanted to become a jockey seeing as your brother Tim Thornton is a jockey.

MT: I was 25 and thought you know what I want to try it and see what it’s like to do it and so I did and I fell in love with it. And my mom and dad were and still are behind me 100% and brother has been there every step of the way

FOTH: Now looking back, was becoming a jockey harder or easier than you thought it was going to be and what was the hardest part overall of becoming on? Did you have some naysayers along the way?

MT: No I knew it wasn’t going to be easy see my brother growing up and seeing all what he did and how hard he worked I knew I had a rough road ahead but I like a challenge so I was willing to give it everything I had cause I knew I had big shoes to fill with my brother.

FOTH: What was it like getting up on a horse for the 1st time? Was it scary at all or did it feel natural?

MT: It felt natural I feel the most comfortable on the back of a horse then I do anywhere else in the world.

FOTH: I imagine having your older brother being a jockey was invaluable. What would you say was the best piece of advice he gave you in helping you out and have you rode in a same race together and if so what was that like?

MT: Oh I could never repay him for all what he's done for me and always told me safety first no matter what you have to protect yourself out there and always come back in one piece. He's an amazing big brother and he's my best friend he's always been there for more. It’s awesome riding next to him we have rode a lot of races together this summer will be the first time I won’t be at the same track as him so I’m really gonna miss him like crazy.

FOTH: I read in Bloodhorse that you credit Frank Kirby, Moises Yanez, John Haran, and Mike Stidham for helping you out while you were working your way up from being an ex-rider to a jockey. What were some of the things these 4 guys helped you out with along the way?

FOTH: You won your 1st race in just your 3rd mount at Arlington Park aboard a horse named “Stephenclassygal” and you won by over 6 lengths. Was it a surprise to you winning a race by that much?  What is it like riding at Arlington Park and tell me a little bit about the track.

MT: I was very shocked because the night before I won my first race me and my brother were talking and he said I had to ride 10 more races before I won cause I asked him how many did he ride before he won his first and he told me he won on his 13th mount so he said I had to ride that many before I won my 1st. So then the next day I won mine and turning for home I was like oh my gosh I’m gonna win now just done fall off lol and it was the first time I ever switched sticks on a horse and I was completely besieged myself then I won it was a feeling that you can’t really explain. Arlington is a beautiful place and they always have a pretty good crowded on Sunday's and that’s the day I wan my first race so it was pretty cool.

FOTH: I know that the jocks must have got you good after the race. What did they get you with any did you know it was coming? Have you had the chance to return the favor yet?

MT: Oh yeah they got me good eggs soap Vaseline in the hair and I have lots of hair so that was a pain my jock clothes smelled like eggs for the next few weeks lol and no I haven't got to return the favor yet maybe one day.

FOTH: What tracks have you rode at so far in your career and are there any tracks you have seen on TV that you would like to try and ride at later on down the line so to speak?

MT: Arlington, Indiana Grand and Hawthorne. I’ll be riding all summer at Canterbury

FOTH: I know you are riding at Hawthorne Park as I type this up. What is it like riding there for people who have never been to the track?

MT: It’s an awesome experience to be able to ride for other people the more I ride the more I can improve so I’m very thankful for the opportunity people have given me.

MT: I get up every morning get me a big cup of coffee and head to the track even if I don’t have horses to work just to touch base with people and to be seen my dad has always told me out of sight out of mind so I make sure people see me out there. I love the race days cause it gives me something to do all day I’m not a city person so if I not on a horse I don’t know what to do and I get bored just sitting at home.

FOTH: What are some things you like to do when you are not doing horse related stuff? Do you like any other sports and if so, what are some of your favorite sport teams?

MT: Love working in the barn with my boyfriend I enjoy being outside and helping him with everything the only thing we do that’s not horse related is go on a movie date but that’s about it.

FOTH: Have you suffered any injuries and if so what has been the most serious one so far?

MT: Yes I've had a few from when I rodeoed but I've only had one bad one from a race and that was in December my horse broke down and the horse behind me fell on top of me and broke my fingers and broke my hand in half and torn all the muscles away from my left hip and was out until opening day which was February 20th.

FOTH: Do you think so far in your career that you have been treated pretty fairly as a jockey or do you feel that you have had to work just that much harder being a female to earn the respect of trainers where you ride at?

MT: I’ve been treated really good and yes you do have to work harder cause some still feel that females aren't as strong as the male rider's but I’m completely ok with that cause of how I was raised so I like to prove people wrong when they tell me I can’t do it.

FOTH: Do you have any personal goals for yourself and are you still learning new things are far as riding goes? Do you feel you have a certain riding style?

MT: I mean I just want to do the best I can and just keep improving. I’m learning something new everyday no matter what kinda of job you have with a horse your always going to keep learning. No not really maybe later on after I’ve been riding for awhile then I might end up having a certain riding style but as for now I don’t think I really do because I’m still learning.

MT: No not at all I’m very short so it’s easier for me to maintain it.

FOTH: What do you think the sport of horse racing has to do to promote themselves better? Does Hawthorne Racetrack draw decent crowds?

MT: I really don’t know. It does ok on the weekends or days when there are stakes but that’s about it.

MT: I would still be working for the vet on the backside.

MT: I would tell her to give it all she has and never give up not matter how hard or what anyone tells her just because she's a girl doesn't mean she can’t do what a man does, you might have to work harder but it’s worth it in the end!

FOTH: Do you think jockeys as a whole are under appreciated in the sport of horse racing?

FOTH: What is the funniest part and worst about being a jockey?

MT: Probably the thrill of winning races or just knowing you rode a good race. The worst part is riding in the winter lol. I hate being cold.

FOTH: Maria, thumbs up for doing this interview and any last words to wrap this up?

MT: Thank you so much for asking me to do this I'm very thankful it’s nice to see that people would like to hear what we have to say!! Thanks again.