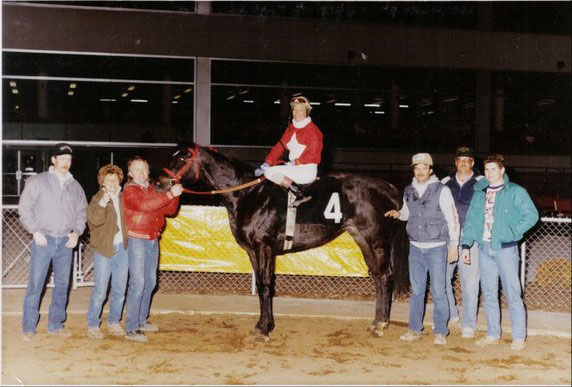 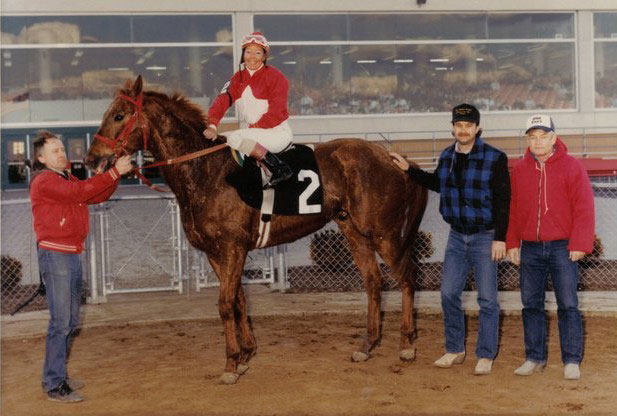 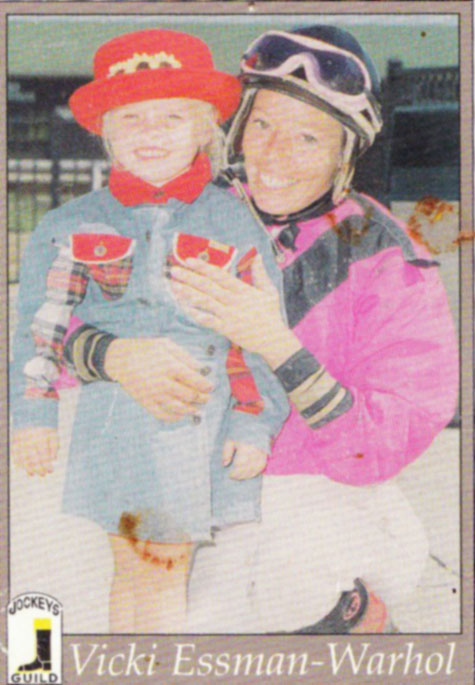 Vicki Warhol-Essman is a jockey who has been riding for quite a number of years and I recently emailed her an interview to fill out and here is what she said to my questions:


VICKI: All I wanted to do growing up was be on or near horses.


VICKI: I knew what I was going to be all my life.


VICKI: I galloped and ponied at 15 for my mom.


VICKI: I was the only girl rider for at least 5 yrs when I started, but that was in 1978. My dad was really tough on me! Thank God I was a natural! I didn't think about it being easy or tough, I just did it and loved it all! When my dad said your ready. NOW!


VICKI: I was nervous but only because I was so tiny, 70lbs! I didn't want to suck or hurt anyone! The horse was "Follow that Cab! And I followed them all! I found I was ready, and officially addicted!!


VICKI: My 3rd race I won on darxos, trained by my mom Rhoda owned by my brother Jay and dad Ted ( my 20 yr daughter Teddi Jean was named after him! ) it was same track ASD thank God I only got water thrown on me! And yes I did the same to many many bugs! Guys & girls!


VICKI: Mostly mid west but lots of others, lot's. Probably cby & prm are favorites! I did very good there but mostly that's home! Horses, vaugly who & hoist her flag! And hot rocket.....I could go on forever on that so I'll stop?


VICKI: I'm hurt now, Aug 13 collar bone, 4 ribs and collapsed lung! After 11 wks I just found out I need. A plate! Broke my neck, man there's way way to many to list!! I also have lymphoma!


VICKI: Hands down the best is winning! And the horses! The worst. The political. B.s


VICKI: I'm definitely a finnese rider and horses show speed with me, I guess cuz I don't get in their way!


VICKI: You need to want it more than anything! And go for it'!


VICKI: In grand island Nebraska we were in gates, 2 horses flipped and 1 rider and horse scratched, David Essman ( my husband ) his horse was one that scratched, the other horse needed a rider, he switched silks, but they didn't want to unload horses, no clue really wtf!?? He got on the horse other riders tack and all and off we went! Not a usual thing for a rider to ride in someones tack especially like that! ( he saved the race and they didn't even want to give a djm!! )


VICKI: I'm naturally very tiny and lucky I am!


VICKI: Nothing, it’s so at home for me!


VICKI: If not pretty close!


VICKI: Helps for sure.


VICKI: The stupid stereo type that guys r stronger, if a Guy weighs 100 lbs a girl the same, you can't tell me he's stronger! We can give birth ....just saying.


FOTH: Vicki I am out of questions. Thumbs up for the interview and any last words


VICKI: Thanks for the interview Chris and good luck with the website.